I’m sorry to leave you all hanging for so long! I was planning on writing this post sooner, but my guys came down with a virus– Tis the season.
So without further ado my new oil is palm oil. This stuff is a miracle worker on reviving my hair, sealing in moisture and protecting my ends. I tried it on a whim. Usually, I use it when I make soap. I’m so happy about this random mistake!! Most oils usually give me mediocre results, but this stuff makes my hair remarkably softer. I’ll continue experimenting with it and will give it a try in my clay mask recipe next month.
Just a couple of quick facts about palm oil (from Live Strong):
Contains:
Vitamin E – great anti aging benefits also fights damage
Refatting agents – great for restoring natural oils stripped away during mechanical manipulation (I.e. Washing, brushing, etc)

All in all good stuff! I’m so excited after years of trying to find an oil that my low porosity hair likes, my search is over!! In this photo I’ve used it before blow drying my hair (followed by sealing my ends with it after twisting my hair).

Have you any of you tried palm oil before?

Well, on my way to the States now to visit my family for the holidays. Wishing everyone a fantastic Sunday!

New posts that I’m very excited to share are coming soon. 1) postpartum hair, porosity and texture changes. 2) all natural / DIY winter hair holy grail 3) What I wore (snap shot of one photo per week of me trying to stay fashionably upbeat in winter) 4) what I eat (some occasional posts on delicious and healthy dinner ideas).

Okay for now, I’m just sharing this picture of my day 4 braid out. It was looking dry and frizzy yesterday. So I applied something I’d never used before. It made my hair feel super soft and took away some of the frizz.
Can you guess what it was? Clue, it’s all natural and inexpensive.

So, this thing happens to me every year where I just kind of let myself go in the winter. I don’t know what it is about the winter, but suddenly my hair gets pulled back into a bun and hibernates until spring (and it’s not intentional protective styling). My clothes get a little drab and shabby (and not shabby-chic). Make-up, accessories, what are those things? Oh you mean those little items that I pull out when I can feel the sun on my skin. Gotcha. So you get my point, winter and I are not really BFFs.

This winter I don’t want to go into hibernation. Maybe it’s due to motherhood that I want to suddenly revamp my winter look (sidenote: peanut turned one last week). Whatever the reason, I’d like to give more attention to myself in the winter and update my winter look. Again, being a mom, I’d like to be realistic and make small changes as those are the easiest to stick. So here are my winter regimen goals.

This is not a bun-a-thon

I have not seen my hair down in over a month, so this weekend decided to do a twist-out. I realized all the bunning, again, done purely out of a lack of time, was putting too much strain on my already weak postpartum edged. Additionally, the polyester blend scarf that laid down my edges so nicely– no bueno, it was actually drying out my edges and preventing growth. I returned to my satin/silk loose-fitting scarf. I’d rather have halo-like edges than none at all. At least then I know they’re on a journey to growing back.

Twist and wear it out

So, for my hair this winter I’d like to wear it out at least every other week. I realized braid outs require too much time. So I’m going to opt for twists, which are faster. I may not have as much curl tightness and definition as I do with a braid-out, but I’m okay with that. Twists take me 20 minutes, 30 minutes tops to install and are super fast to let down.

Getting oily with it

I don’t usually seal in summer, but in winter sealing my ends and my edges is a must. I simply can’t skip this when the weather is dry and cold. My ends get a little drab on day 3 of wearing a twist out. Now, I make sure I oil my ends with coconut, jojoba or grape seed oil every other night before wrapping my hair. This helps reduce friction and protect my ends. I don’t use water on twist outs after I style my hair, as  this creates frizz.

I think winter is difficult for head fashion for many naturals. When my hair was relaxed, I could throw any beanie cap over my hair. Now, I want to make sure it doesn’t crush my curls, dry them out or wreck my style. However, staying warm is also very important. I usually just end up wearing a jacket with a warm hood. I’d like to look cute and all every now and again. So I’m on the hunt (most likely will try Etsy) for cute warm winter head-gear that won’t wreck the curls. Here are some ideas I found. 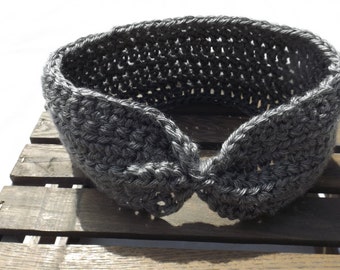 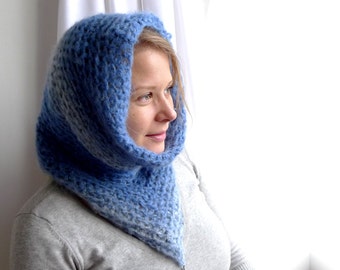 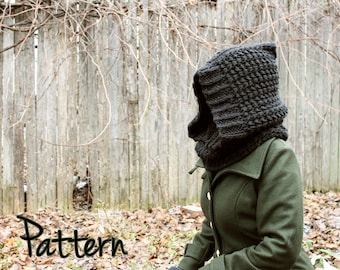 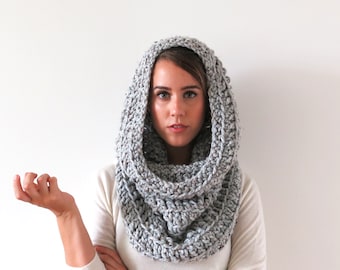 So, I love fall. I can layer and wear fun blazers and boots. However, when the snow falls and the wind starts blowing like crazy– all I want to do is throw on a chunky sweater, jeans and winter boots and call it a day. There’s nothing wrong with this. However, I’d like to have just as much fun with winter fashion as I do with the other seasons. So, I’ll be trying to add a little sparkle and small hints of color, here and there. I want to wear more skirts and just layer, layer, layer to stay warm. I don’t think I’ll ever wear heels in winter, but I’ll at least try to find a boot that’s both warm and stylish. A lot of ideas I search for online show people dressed in climates with LA winters. Let’s face it, I would freeze heading out in a blazer and a chunky scarf. So I’m still on the look out for ideas. Open to any suggestions? I’ll of course adapt what I find to fit my aesthetic and lifestyle.

I’m a minimalist when it comes to make-up and I’m okay with that. I still will try to do the minimum – eyeliner, blush and maybe a lipstick to dress things up a bit. Something dramatic would be nice, since my routine is pretty basic. I guess I have my winter shopping list done now.

What’s your winter fashion look? If you live in a warm environment and your temperatures never reach freezing. I envy you!

“First they came for the Socialists, and I did not speak out—
Because I was not a Socialist.

Then they came for the Jews, and I did not speak out—
Because I was not a Jew.

Then they came for me—and there was no one left to speak for me.”

I’m beyond frustrated, disheartened and disappointed. I know that this is a hair (and occasionally family) blog. However, I simply can’t write about those things at the moment. There are too many news headlines coming from the US that make me sick, saddened and discouraged about the present and future. All lives matter, all lives are created equal, but from the series of events recently, I just don’t feel the justice system protects and serves all lives equally.

Having a son, a nephew, and thinking of my brothers and cousins. I am terrified for them. I keep having these nightmares that a male family member, could be the next Michael Brown, Mr. Garner, Lennon Lacy, Tamir Rice, Victor White, Dante Parker, Ezell Ford, Tyree Woodson, John Crawfard — That list, scary huh? These are only a handful of the incidents that don’t always make the headline. It’s obvious  that black men have a target on their back.

Today on my Facebook news feed, I noticed that most of my acquaintances and friends, who commented on the Garner case, whether disagreement, agreement or outrage, about the ruling, with the exception of a 1 friend, were black. While my non-black friends were writing about Christmas trees, the birth of Jimmy Fallon’s baby, Starbuck’s lattes or who wore what well. I thought to myself, I guess that’s white privilege. I was going to write this post on white privilege today. However, privilege in general is an issue. We all need to take our privileges that we benefit from and fight for those who are not given a choice to have their voices heard and thus, I’m going to look within myself and think about the privileges that I benefit from and occasionally have used to my advantage as a Black Woman.

And this isn’t one of those b*llsh*t arguments like, I get to use the N word and others can’t. I don’t condone the use of the word, don’t use it, don’t give it power and don’t think anyone should. However, using an oppressive word, in a system that is unfair and unjust, in my opinion is not a privilege to any person.

So, my Black privilege, I’ll just illustrate it with just one incident. In Europe, most black people are seen as equal, equally inferior and foreign. Not the case, everywhere, but it has been my experience, in many places. On a number of occasions, I have walked into stores, asked a question about the price of an item and have had the response be, “oh that’s really expensive” or “that’s too expensive”. I’ve received dirty looks or stared and am sometimes followed when I shop in a “high-end” store. You know how I’ve knowingly turned these very uncomfortable incidents into a more pleasant experience for myself? I either pretend I can’t speak the language and speak in English, with the most obnoxious American accent or exaggerate my American accent in French or German. Works like a charm, every time. The response is usually, something like: “Oooh, you’re American. Where are you from? (insert friendly small talk here).” I feel ashamed to say, I’ve used my being American as a privilege. It’s wrong damn it. It shouldn’t matter what someone looks like or where they are from. No one deserves to be discriminated against like that. I should have addressed the oppressive comments in that situation and not from the voice of an offended American, but as a human being. However, when you’re in a position of being accepted, celebrated and not taken for granted… it can be difficult to step down from one’s ivory tower to stand with those on the ground and suffer the same treatment they have to go through.

That’s why it’s a goal of mine to really see what my decisions and actions mean and who they harm. By using my privilege or even by not acknowledging the fact that I receive advantages from being American, it hurts someone else. It lets them know  I don’t stand with them and against this injustice, but prefer to  protect myself from harm’s way. So I want to think of concrete things I can do to educate myself and if necessary those around me when these sort of things happen. Whether it be, taking my money and going elsewhere or spending my money and politely informing a clerk that I’ll decide what I can’t and cannot afford.

Do you feel there’s any hope for a better America? Are you bothered by the series of recent events related to police killings of black and brown men?